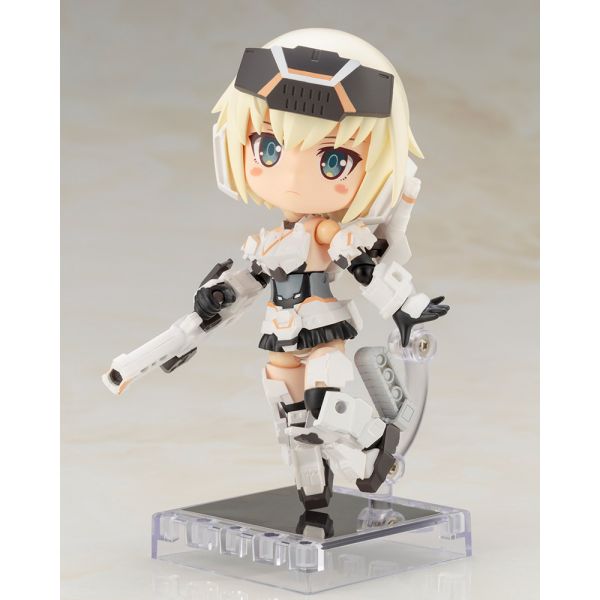 The figure’s arms, legs, and back are equipped with 3mm holes, making it compatible with a variety of weapons and armor from the M.S.G and Frame Arms series. The figure comes with a railgun, and her headgear is magnetic, making it easy to attach or remove. The back piece and chest plate are also removable, allowing you display the figure in light armor form.