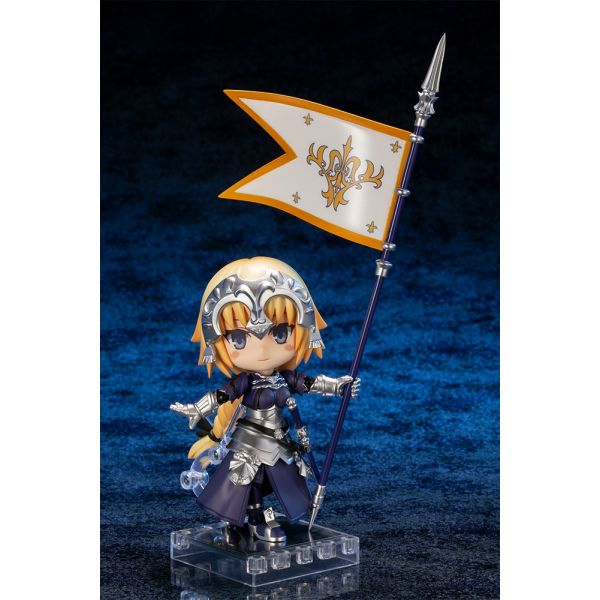 Defend my brethren, my banner! God is here with me...Luminosité Eternelle!

Cu-poche are pocket-sized action figures with non-scale proportions that give them a cute appearance. Despite their small stature, Cu-poche figures enjoy a wide range of movement, allowing them to be displayed in a variety of poses. Interchangeable face parts and magnets in the figure's feet allow you to display it with a variety of poses and expressions.

Jeanne’s silver armor is faithfully recreated with intricate detail. The figure comes with two versions of Jeanne’s iconic flag, one where the flag is rolled up, and one where it is open.

The figure also comes with two interchangeable face parts (default and shouting) to recreate a variety of memorable scenes and poses from the game!